Change in Aid For Sick US Nuclear Workers

The Department of Labor deny this statement made by the senators and state that they are not after saving money, but instead, faster answers to the claims.

Murray and Cantwell also point out in their letter that by having the workers clean up the site, workers are being put at risk of hazardous material exposure. The directive "places a higher burden of proof on construction workers, security guards and other employees who aren’t regularly assigned to one particular location." Workers are still cleaning up the mess in Hanford, Washington, where plutonium was made to be used in the bombing of Nagasaki during World War II. This letter has led to nuclear workers and their advocates initial win in the fight against the directive.

Democratic Senator, Edward Markey of Massachusetts also wrote a letter, but this time, to Energy Secretary, Ernest Moniz. In his letter, he stated that public funds should not be used for "legal fees for contractors who fought whistleblower suits." In a recent case, Sandra Black was sent to investigate the employee claims in the Savannah River Site in South Carolina, but was fired for informing investigators that "her supervisors had interfered with her work and had tried to intimidate her into changing her findings." In the case of Sandra Black, her appeal challenging her dismissal was denied.

Over the last 70 years, there have been 107,394 Americans diagnosed with varying types of cancer as well as other diseases due to nuclear stockpile. Former employee, Byron Vaigneur, diagnosed with breast cancer after "plutonium broke through the walls of his office" has received a $350,000 compensation; however, his body is in no condition to walk for more than 100 feet. Despite the consequences that the nuclear workers live with, the US government plans to spend "$1 trillion to modernize its nuclear weapons."

McClatchy journalists have investigated and found that "At least 33,480 former nuclear workers who received compensation are dead" which accounts for "more than four times the number of American casualties in the wars in Afghanistan and Iraq."

They also found that "federal officials greatly underestimated how sick the U.S. nuclear workforce would become." Before the compensation program was put into place, it was estimated to "serve only 3,000 people at an annual cost of $120 million. Fourteen years later, taxpayers have spent seven-fold that estimate, $12 billion, on payouts and medical expenses for more than 53,000 workers."

Since 1995, there is a total of more than "$106 million in fines for 75 incidents of safety-related misconduct at Department of Energy nuclear sites."

More than half the workers who applied for compensation was turned away and the government wants to cut down on "employee health plans, retirement benefits, and sick leave." Even with an increase safety standard, workers are still exposed to radiation on a daily basis and "to date, the government has paid $11 million to 118 workers who began working at nuclear weapons facilities after 2001."

The workers in the video below feel as if their lives are only worth a few thousand dollars; however, there should not be a price tag on a person's life. In order to get a well enough paying job, the workers with high school education could only lead them to construction work as well as clean up which were positions, where the safety monitoring were not as well regulated. The workers had no idea what they were being exposed to, such as beryllium contamination, and they did not know what the consequences were. They got sick out of nowhere, without warning, and they feel wronged because they put their lives on the line to save the country.
In this video, Dr. Steve Wing, an epidemiologist at University of North Carolina, talks about few things that he learned from his research at Oak Ridge National Laboratory. According to Dr. Wing, the workers' hierarchy plays an important role when it comes to their occupational safety. There have been clear evidence that "highly paid workers; scientists engineers and researchers have much better monitoring than the maintenance workers, construction workers or other workers, who are not so well paid and well trained." Moreover, he evidently states that there is a close relationship between radiation batch readings of the workers and their subsequent cancer death rates. Unfortunately, his work has been hampered by the lack of medical follow up of the workers and the lack of complete and accurate information about workers radiation exposures. Furthermore, Dr. Wing points out that it is typical to find lower rates of disease in workers when compared to the general population, because the general population includes people who are too sick to work. His findings clear up some of the confusions that relates to radiation workers safety and health.
​ 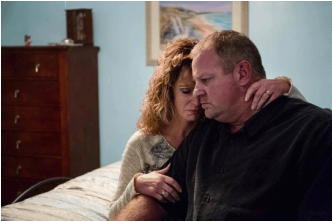 Nuclear workers fear that the new federal directive that is intended to speed up compensation claims by sick and dying nuclear workers could harm their chances of qualifying for benefits if their health worsens in the future.Since the new directive was introduced in 2014, nuclear workers and their advocates have been fighting the proposal. Many representatives suggest that the congress should prevent this policy enforcement fearing "the directive signals an initial step toward trying to dismantle or rein in a $12billion compensation program that has made payments or more than 53,000 sickened workers or their survivors since 2001".
Founding member of the Alliance of Nuclear Worker Advocacy Groups, Terrie Barrie states that "workers exposed to toxins after 1995 will have to jump through a higher hurdle to prove that they are sick from exposure." According to her, the new policy is an attempt of controlling the expensive cost of worker compensation, rather than increasing efficiency.
Knut Ringen, the senior science adviser at the Center for Construction Research and Training also opposes this new directive by stating, "It's definitely a mistake, and it also defies everything that we know about what's been going on at these sites. They're definitely not safe." He also expresses his fear for the workers by identifying the onerous burden that the directive has placed on construction workers, security guards and other employees who aren't regularly assigned to one particular location. 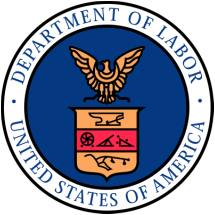 ​However, according the Department of Labor's Office of Workers' Compensation Programs, the directive is only aimed at delivering workers faster answers, but not saving money. The director of the program, Leonard J. Howie III tries to reduce the workers fear by stating, “Our goal is to accept as many claims as we can under the law. Any implication to the contrary dishonors the men and women who spent their lives and sacrificed their health in service to this nation, and degrades the dedication shown by our staff every single day to provide compensation and medical benefits for those affected." Their argument is that the decreasing number of approvals for post-1995 workers' supports their claim that improvements in safety and health programs, engineering controls and regulatory enforcement at nuclear facilities after 1995 have resulted in a fewer workers being injured.
Nonetheless, labor's analysis does not show any evidence of the directives goal of increasing the speed of adjudication process being effective. According to their data, "the average number of days to approve a claim went from 150 days to 191, while the average number of days to deny a claim jumped from 205 days to 213." In fact, it is apparent that the average time to make a final decision under the law of the directive slightly increased from 2014 to 2015. However, The Department of Labor argues that the numbers are too small to reach final conclusions or trends.
Take info from http://www.mcclatchydc.com/news/nation-world/national/article56125120.html