Federal Lawsuit Against the Wildlife Refuge

Growing Controversy Regarding the Refuge 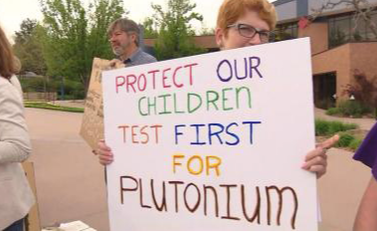 https://cbsdenver.files.wordpress.com/2017/05/rocky-flats-refuge-10pkg-transfer.jpg?w=420&h=236
Picnic, playgrounds, and plutonium are words that should never be used in the same sentence to promote safety and health for the people. However, the debate of whether the Rocky Flats Site should be turned into a wildlife refuge continues to intensify, as the 6,200-acre wildlife refuge plans are still set for it summer 2018 opening (1). As of 2017, its gates will soon open to the public, where children, families, and community members alike in the Jefferson County can roam free in the hiking trails which was once destroyed by dangerous plutonium fires.  The former nuclear weapons facility, rich in its notorious history of plutonium and other harmful radioactive material, has been in discussion to be turned into a wildlife refuge for more than a decade since the Superfund cleanup (2).

Environmental and Health Concerns from Opponents 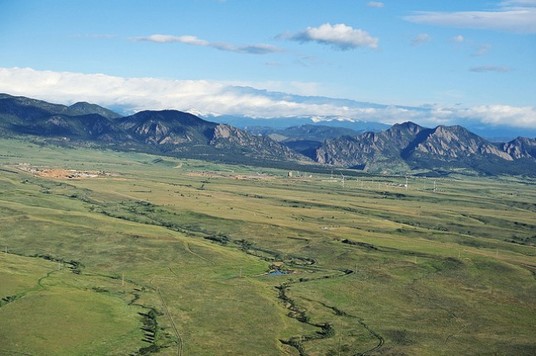 http://1boidr1j8wt01itylm7cszo5r8.wpengine.netdna-cdn.com/wp-content/themes/ColoradoIndependent/timthumb.php?src=http://coloradoindependent.com/wp-content/uploads/7597558218_bf5fd5c209_z.jpg&w=647&zc=3
​The U.S. Wildlife Refuge has claimed that there is no sufficient public health and scientific research to prove that there are any harmful chemicals in the soil. The site was not deemed to be harmful to residents. However, critics of the refuge believe otherwise, as they claim that health effects on future community members will not show until years to come. Plutonium has a half-life of 24 thousand years, and opponents believe that children and family members who will visit the refuge will be exposed to harmful chemicals in the soil which can lead to various forms of cancers, cancers of which many Rocky Flats former workers are suffering with today (4). Those who visit the refuge may share the same stories as those who have worked at the Rocky Flats Site, in which many of the workers did not experience symptoms of cancer and ailments until years later. Moreover, critics have made claims that the clean-up was not successful in completely removing plutonium from the site, which can lead to plutonium exposure to children and families (3). 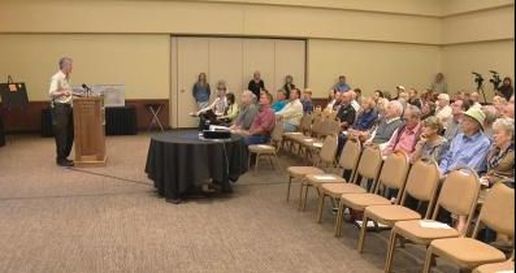 https://cbsdenver.files.wordpress.com/2017/05/rocky-flats-refuge-10pkg-tran678sfer.jpg?w=420&h=236
​The final public meeting regarding the opening of the wildlife was hosted by the Colorado Department of Public Health and Environment in May 2017 (1). In this meeting sat members of both sides of the debate, proponents and opponents of the opening of the Rocky Flats National Wildlife refuge. Proponents of the opening of the refuge composed of officials from the U.S. Department of Energy and community members of Colorado who believe that the site is indeed safe for the public. However, opponents of the opening of the refuge also grow strong by the support of ex-FBI agent, Mr. Jon Lipsky, as well as community members nearby. Mr. Jon Lipsky joined the final public meeting hosted in May 2017 and stated “I can’t believe anyone would want to build a plutonium playground on Rocky Flats” (1). Elementary schools in Colorado have recognized the possible danger to one’s health associated with visiting the Rocky Flats Wildlife Refuge. The Boulder Valley School District’s Board of Education proposed to ban any classroom fieldtrips to the refuge, as exposure to the harmful, unknown levels of plutonium at the site can be damaging to the children’s health (1). Opponents of the wildlife refuge believe that the beauty in Colorado can be seen elsewhere, and that residents should not compromise their safety and health by being in close perimeters to a nuclear environment with a dark and deadly history like Rocky Flats.

Legal Action on the Construction of Rocky Flats 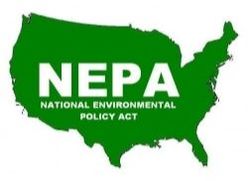 http://files.constantcontact.com/014da196201/0698b3fb-f426-4c38-a841-c39f63dc15ad.jpg?a=1126527226330
The Rocky Mountain Greenway Trail is expected to be open to the public Spring of 2018. During May 2017, the residents of the Denver community filed a legal lawsuit in order to stop the construction of any hiking or biking trails (5). They hope that this legal action will block the construction of the visitor center at Rocky Flats, formerly a nuclear weapons production facility.
​
​The Rocky Mountain Peace and Justice Center and Rocky Flats Right to Know, along with other advocates filed a preliminary injunction, which determines the merits of a legal case, in order to restrain Rocky Flats to be open to the public. This legal lawsuit was brought to attention in the U.S. District Court in Denver.  The Denver community and the environmental group claims that the U.S. Fish and Wildlife Service did not finish an updated environmental analysis under the National Environmental Policy Act (NEPA). Those who filed the lawsuit pointed out that the last environmental review for Rocky Flats was conducted over 12 years ago (5). Therefore, a claim was brought to the court law for adjudication on May 17. 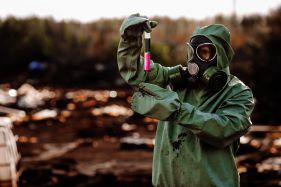 http://pestleanalysis.com/wp-content/uploads/2015/02/what-is-environmental-analysis.jpg
Plaintiffs argued that plutonium contaminants and other radiation highly threatens the human health, which makes the Rocky Flats area an unsafe place for visitors to come. They suggested that both plutonium contamination and radiation are very danger to the public, especially children. During a press conference one morning in Denver, Bonnie Graham-Reed expressed her opinion by stating that “What the public does not know can hurt us and our children.” In addition, she also added that because of this reason, a detailed environmental analysis is needed. Since 1953, Rocky Flats have been shut down due to manufacture plutonium components. But in 2007, it was established as a national wildlife refuge. A former FBI Special Agent, by the name of Jon Lipsky, suggested that a lack of detailed environmental analysis may cause the nuclear plant site to be overlooked. Lipsky has been an active advocate with informing the public about Rocky Flats for many years now. He also believes that an on-site soil analysis is required (5).

Randall Weiner, an attorney from Boulder has recently contacted the federal agencies to complete a mandatory environmental analyses prior to the legal construction. Although Rocky Flats is on the list for one of the nation’s most polluted sites, Colorado Fish and Wildlife and Colorado Department of Health claims the site as “safe.” However, advocates and other critics from the Rocky Mountain Peace and Justice argue that toxic materials and radioactive products continue to contaminate the soil. In fact, it has migrated past the area of where Rocky Flats use to be. From many reports, we learn that burrowing animals and wind can easily spread contaminated products from the soil (5). 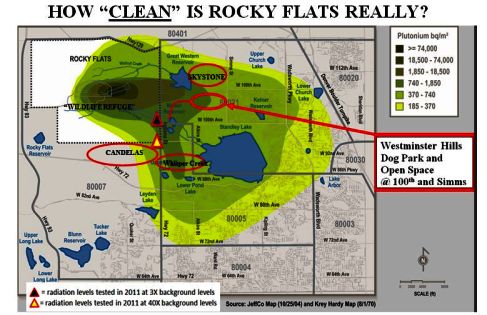 Critics say that the time frame to cleanup Rocky Flats would roughly take 65 years, costing approximately $37 billion total. However, Rocky Flats ended up taking less than 20 years to clean, with a total cost of only $7.7 billion. Weiner claims that the agency is taking on risks that may put the public to danger. In response, the U.S. Fish and Wildlife Service has not said anything about this current issue (5). Rocky Flats Refuges are taking action with the lawsuit filed against U.S. Fish and Wildlife Service, in hopes of blocking the trail and visitor center to be open in 2018.
Works Cited