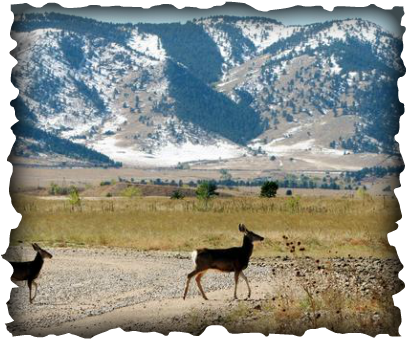 http://extras.mnginteractive.com/live/media/site36/2011/0930/20110930__RockyFlats~p1.jpg
​With such history behind the Rocky Flats Site, which is expected to be open for recreational use to the public as a wildlife refuge, there is evident controversy amongst both the health of the community and the environment in regards to the Rocky Flats Wildlife Refuge. After the 25-year $7 Billion clean-up project at the Rocky Flats Site, where nuclear production took place during the Cold War Era, The U.S. Fish and Wildlife Services currently manages the wildlife refuge project which hopes to open in spring 2018 (1). However, health monitoring and surveillance has become a prominent objective for the members of the community. This community medical monitoring is done by a group of health activists named the Rocky Flats Downwinders whose main goal is to educate the public and monitor the health of residents with “preventative testing for early treatment and care of radiation induced illness and disease” (3). The community organization has worked with nurse and professor of MSU Denver to analyze and understand the common health disparities and diseases within the region. This region includes areas that are downwind from the Rocky Flats Site “by the boundaries of Highway 128/120th Avenue on the north, I-25 on the east, I-70 on the south, and Highway 93 on the west between 1952 and 1992” (3). 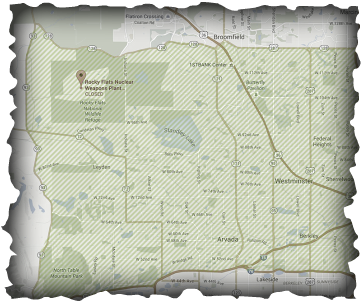 This Rocky Flats Downwinders Study Area Map shows the boundaries of the region of affectivity in regards to nuclear exposure via Rocky Flats Site. Former and current residents of this bound region are encouraged to participate in the survey for health surveillance of the community. (Credit:(http://rockyflatsdownwinders.com/wp-content/uploads/2016/05/downwinders-area-map.jpg)
​The preliminary health study showed a large pool of respondents with over 1,700 survey participants. Approximately 47.0% of the research respondents reported cases of cancer to the medical health survey, with thyroid cancer being the second highest type of cancer to be reported (2). Oral histories and personal interviews are to be done by researchers for further health data monitoring and to expand the research responses. This health survey is reminiscent to the Colorado Department of Public Health and Environment’s Colorado Central Cancer Registry, in which the 1998 study showed incidence rate of cancer cases at the Rocky Flats region during 1980-1989 (1). The 2016 health survey study, however, is yet to be published and research responses are still being collected. This poses great opposition with the Rocky Flats Refuge Wildlife, as many of the citizens believe  that the wildlife refuge is not safe for the people, wildlife, and community. The residents and affected workers have reported a variety of ailments and cancer-induced illnesses in the MSU-health survey. The U.S. Fish and Wildlife Services is open to hearing the community response from members and will be hosting four public meetings to further the conversation on the community’s health and safety, especially regarding the opening of the site as a wildlife refuge in early 2018.

Open Letter to the Colorado Department of Public Health and Environment

On November 21st, 2016, co-founder of the Rocky Flats Downwinders wrote an open letter to the Colorado Department of Public Health and Environment in the hopes that the organization and city takes action to protect the health of its community from the effects of the harmful nuclear environment we know as Rocky Flats Nuclear Plant. The letter also reveals that there has not been a health survey performed on community members, and that rare cancers and thyroid cases have been reported at high numbers with the preliminary health survey studies. Hansen points out the failure in which the city does not protect its affected former Rocky Flats Workers and residents.  The letter firmly demands for the state of Colorado to collaborate with the Rocky Flats Downwinders in the hopes of both community health outreach and further health research and surveillance to protect those from the radiation exposure (3).
http://rockyflatsdownwinders.com/wp-content/uploads/2016/11/16-11-21-Letter-to-Colo-Dept-of-Public-Health-Environment.pdf

By: Julie Vu, 2016
The Rocky Flats Plant was formerly a nuclear weapons production facility in Colorado, outside Denver that created radioactive contamination to the environment surrounding. Since the closing of the nuclear facility, there was a $7 billion investment placed on the site to cleanup the contamination. The federal government is preparing to open the Rocky Flats Plant, a wildlife refuge for the public. The problem relies within the potential threat possibly left from the residual plutonium from the nuclear accident that might pose significant health risk. 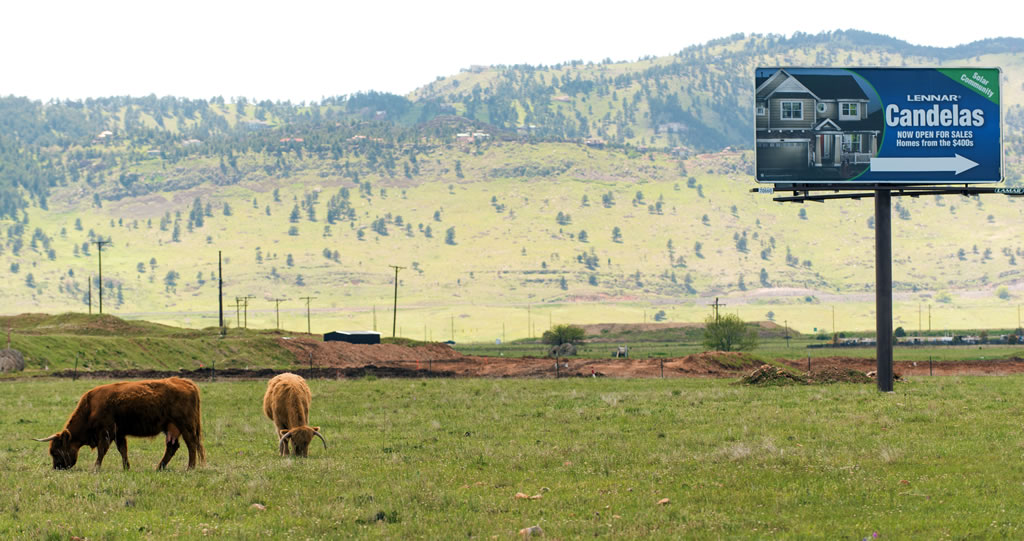 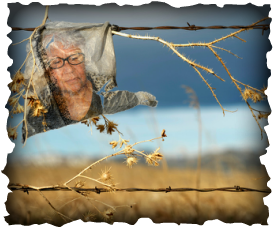 https://photos.smugmug.com/Old-Mediacenter-Slideshows/005-COLORADONEWS/2016-05-19-Rocky-Flats/i-dddQMrL/0/L/051916_rocky_flats_03-L.jpg
On the Rocky Flats site at the moment, there are various of animals scattered on the field with over 600 types of plant species. This ranges from rare mule deer, to coyotes, moose, and majority of endangered jumping mice from the meadow. Over the tall prairie grasses of the Rocky Flats, are endless amount of elk that hurried among the cottonwood trees. This is the current condition of the Rocky Flats National Wildlife Refuge. It is undeniable that this place is one of the best wildlife reserves in the United States, but the federal government is planning to allow the public to enter starting December of 2017. Their goal is to build a visitor center where the public can bike and hike trails that are 20 miles long. But the question still remains unknown of how safety this site can be due to all the radioactive sources from the 1900’s. Wildlife refugees currently on the site such as dogs, rabbits, and earthworms can potentially spread the plutonium residue from the soil. Even though the Rocky Flats was a secret production almost four decades ago, preventing plutonium pollution for the surrounding environment, including for the citizens of Denver is still not top priority (4).

http://www.thenationreport.org/wp-content/uploads/2013/06/IMG_6818.jpg
Although Rocky Flats caused radioactive contamination (primarily plutonium) within and outside of its boundaries, the ecosystem is still protected and managed to thrive till today. After restoring the core industrial area of Rocky Flats, the government is preparing to open its gates for visitors between the buffer zone areas. They aim to get this wildlife site running by 2017, but Rocky Flats advocates along with other chemists and engineers oppose to this new plan. They strongly believe that the public should be forbidden to step foot near the Rocky Flats due to the risk of small particles of plutonium in the soil. The federal government claimed that this 10 year cleanup was one of the largest environmental cleanup in history performed by the Department of Energy (DOE) along with its contractors. The 1,3000 acre is now under the possession of the DOE and the surrounding of Rocky Flats holds 5,000 acre of wildlife refuge. At the moment, the Fish and Wildlife Services leads tour guides for birdwatchers as local city councils are voting to support the upcoming opening of the wildlife refuge neighboring the core plant area of the Rocky Flats. Neighbors are expanding around Denver, expanding near the land. Over the fence of the refuge is Candelas, a new town made up of 1,500 houses. The concern for missing plutonium is not limited to the refuge itself, especially when there might be high concentrations of plutonium offsite (4).
A 10 year cleanup might lead to a renovation of a new and beautiful acres of land, but we cannot forget that it use to be a former nuclear weapons production facility. It is controversial to determine if Rocky Flats is a luminous urban wildlife resource or a threatening radioactive inheritance. Undeniably and uniquely, the truth is it can be considered as both. 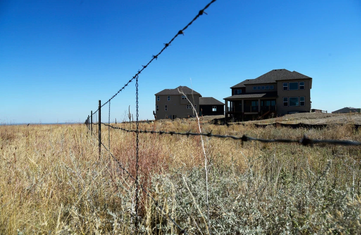 http://www.denverpost.com/wp-content/uploads/2016/08/cd11rockyflats_ac13842x.jpg?w=864
For people who lived in the profile of the former Rocky Flats nuclear plant and for those who still do, a federal judge approve a “$375 million settlement that was reached in May.” Thousands of people who are living near the Rocky Flats and plant’s operator for a long period of time will be expected to receive compensation. United States District Judge John L. Kane declared that about 13,000 to 15,000 eligible residents and property owners living by Standley Lake will gain payments as early as next year. But in order to do so, households must file a claim no later than June 1st of 2017. Kane’s order suggested that Dow and Rockwell’s payment for the settlement fund will be made by July 28th of 2017 (5). To retrieve more information pertaining to the eligibility and settlement, a website is set up for claimants. By far, this is the largest amount of agreement for compensation for neighboring properties affected by the nuclear weapons plant of Rocky Flats.
Cook, et al. v. Rockwell International Corp. and The Dow Chemical Co:
http://www.rockyflatssettlement.com/
References:
​1. John Ingold. "Rocky Flats Health Survey Identifies Areas of Concern but Isn’t Conclusive." The Denver Post. The Denver Post, 18 Nov. 2016. Web. 28 Nov. 2016.
2. Noel, Brennan. "The Future Plans for Rocky Flats Wildlife Refuge." KUSA. 9News, n.d. Web. 28 Nov. 2016.
3. "Rocky Flats Downwinders." ROCKY FLATS DOWNWINDERS. N.p., n.d. Web. 28 Nov. 2016
4. "Rocky Flats: A Wildlife Refuge Confronts Its Radioactive Past." Rocky Flats: A Wildlife Refuge Confronts Its Radioactive Past by Fred Pearce: Yale Environment 360. N.p., n.d. Web. 29 Nov. 2016.
5. John Aguilar. "Payouts to Property Owners in Long-running Rocky Flats Suit Should Start in 2017." The Denver Post. N.p., 09 Aug. 2016. Web. 29 Nov. 2016.