Safe for the Public or Not? 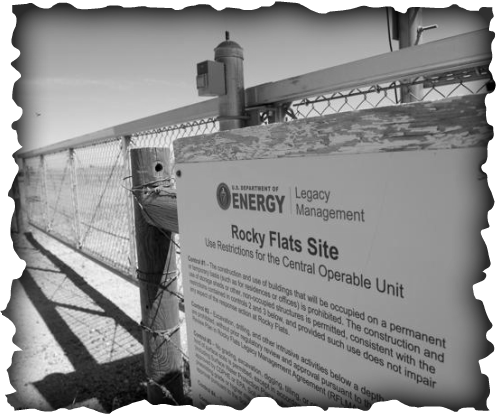 http://extras.mnginteractive.com/live/media/site21/2015/0911/20150911__13DCAFLAw~1.jpg
It has been over a decade since Congress passed the Rocky Flats Wildlife Refuge Act, which urged the federal clean-up to finish in October 13, 2005 [1]. The government-funded Rocky Flats Cleanup had a whopping cost of $7 billion to clean the contaminated site, but the adverse effects to its workers and the environment evidently becomes priceless. While the compensation program to help former Rocky Flats workers continues to be under scrutiny, the notion to form America’s most contaminated site as a wildlife refuge becomes debatable [3].  Proponents of the Rocky Flats Wildlife Refuge claim that through scientific and public health measures, the refuge is safe enough to open to the public. However, critics of the federal-funded project continue to believe that the Rocky Flats site, which holds so much American history of both nuclear contamination and public deceit, is unsafe to open to the public for both health and ethical reasons. 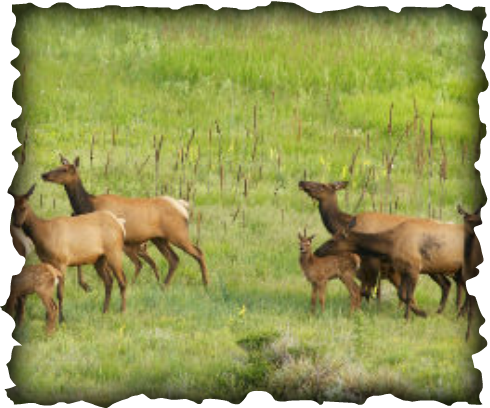 http://www.fws.gov/uploadedImages/
​“The numbers we are dealing with at Rocky Flats are low and below regulatory concern…” - Carl Spreng, Colorado Department of Public Health [1]
Today, Rocky Flats site managers for the US Department of Energy whole-heatedly believe that the site’s cleanup has been successful. Nevertheless, this wildlife refuge which used to be a nuclear productions site had its soft opening in 2015, and the 5,000 acre site will soon be open to the public in 2017 [2].  Officials from the US Department of Energy believe that public health surveillance and monitoring has been done to prove that the wildlife refuge has no real health threats to the community [4].

As of March 2014, water samples from the Women Creek Reservoir, where water from the contaminated site is known to flow through, contained “undetectable” plutonium levels [2].  Data collection from soil sampling also indicated low and undetectable levels of plutonium. Proponents believe that the scientific data proves that the wildlife refuge poses no real health concerns or contamination, and therefore the community should not be denied access to the refuge and all of its beauty and history [3]. 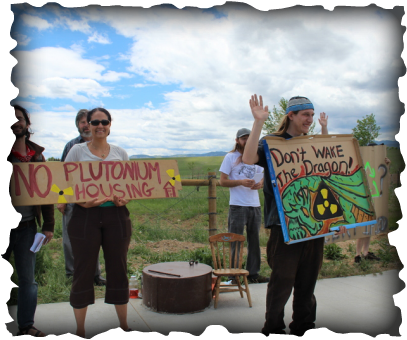 http://www.thenationreport.org/wp-content/uploads/2013/06/IMG_6818.jpg
​“The land looks beautiful and pristine. It is not…Is the site ready for public access? No.” – Kristen Iverson, author of Full Body Burden [1] 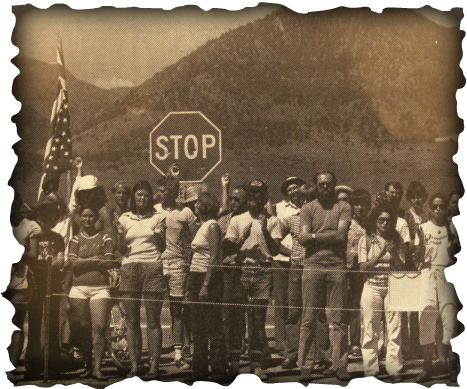 http://www.thenationreport.org/wp-content/uploads/2013/06/IMG_6909.jpg
Critics of the wildlife refuge believe that while the Department of Energy’s data on soil and water sampling are accurate, the interpretation of the data becomes the most alarming.  Toxins in the soil and water, according the Environmental Protection Agency, is not exclusive to just plutonium [3]. Harmful chemicals and elements include americium-241, uranium, nitrates, chromium, and other dangerous contaminants [2]. The DOE claims that the threshold of which the monitoring units measure the plutonium in the soil and water are measured at 50 picocuries per gram and 0.15 picocuries per liter, respectively [2]. While plutonium levels are deemed undetectable, critics still believe that since the plutonium levels are not at 0, potential health risks can ultimately exist if and when the wildlife refuge becomes open to the public [1]. 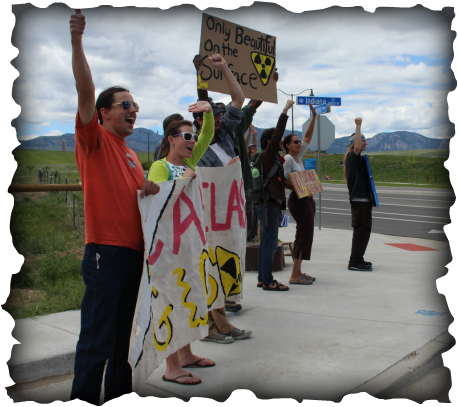 http://www.thenationreport.org/wp-content/uploads/2013/06/IMG_6817.jpg
​Moreover, Professor Schobeck of Regis University has been publicly vocal about the public health risks and effects of Rocky Flats Site [2]. He argues that animals eating from the contaminated soil can bring plutonium back into the surface. Other sources of further plutonium contamination include Colorado’s environmental and weather conditions [4]. Flood events can easily spread the contaminated water and soil to neighboring communities, and the fast and strong winds of 130 mph can spread the harmful and toxic agents into the air and environment. Many Rocky Flats advocates and awareness groups, like the Rocky Flats Stewardship Council, have opposed the refuge’s public opening [2]. While the beauty of the wildlife refuge is undeniable, the unknown health and environmental potentials and effects of the public opening of the refuge also greatly exist. It is undeniable that critics still surely believe that a government who hid the nuclear environment in the past can certainly do the same today. ​