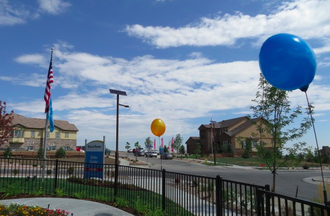 It is should not come as a surprise that high cancer rates have been detected in areas where people have lived near the once-operating facility. An ongoing health study done by Metropolitan State University suggest that people who have lived near Rocky Flats from 1952 to 1992 may have experienced high incidences of certain cancers linked to radiation exposure. Carol Jensen, the main investigator for the health study of Metropolitan State University has stated that thyroid cancer is the second most common disease in regards to the research done surveying the area surrounding Rocky Flats.

Radiation is a known risk factor that can result in thyroid cancer in humans, from radioactive fallout or certain medical treatments, such as CT scans and X-rays. Children are particularly susceptible to increased risks of thyroid cancer when exposed to such risks - a child is many times more likely to get thyroid cancer after exposure compared to an adult, however an adults experience higher risks of cancer when exposed as well. ​Plutonium can be unearthed from the soil and be carried through the wind - inhalation of this element is the worst way to be exposed to plutonium.

The implications derived from these studies is particularly concerning in areas where people are starting to inhabit near the former nuclear plant, especially if the half-life of plutonium is 24,000 years. Century Communities at Candelas is a quickly expanding real estate company dedicated to building new homes south of Rocky Flats. These include single homes, townhomes, condominiums, etc. Most perspective buyers of homes from Candelas are too young to remember the raid and environmental crimes that were uncovered on Rocky Flats.
Unlike previous developers who sold homes, however, Candelas distinguishes itself in attempting to educate would-be buyers on the history of Rocky Flats. This is of little comfort, however, as the radiation still lies in the soil for many thousands of years, and continues to pose a health risk to all citizens that decide to live near the plant.

There have been people who oppose the the Candelas development, and they are skeptical about the eco-friendly advertisement about their homes is all but a front. Gabrieloff-Patrish is an environmental activist who participates in protests against the further development of Candelas properties. "I feel bad for the developers," she states. "You have this gorgeous piece of property, but because of the mistakes of the past and contamination, you can't live here." People arrived in hazmats suits waving signs with radiation signals as a stark reminder of the health risks, or worse: death, that could come with settling in an area that is dirtied by radiation.

Concerns about living in Candelas 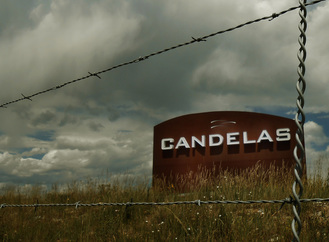 Candelas is a major master-planned community  Situated in Arvada, Colorado. It is a nearly 1,500-acre new home community that is planned for 1,450 single-family homes, 785 multi-family homes including condos, and townhomes, as well as several million square feet of retail and commercial space.

​According to the property owner's website, "The setting of the Candelas community is, in a word, extraordinary. Hugging an expanse of rolling, high country shortgrass prairie rising up towards the foothills of the Rockies, the landscape boasts nature’s untamed beauty, lending itself to the community motto, “Life Wide Open.”  In their website Candelas community is portrayed as a desirable location to live in through attractions such as recreation centers, onsite schools, community gardens and outdoor trails.

However, local advocates seem to be quite concerned about the proximity of the Candelas Arvada's community to Rocky Flats, which used to be a former nuclear weapons plant on the property's North side. They believe that the area could be contaminated by small particles of toxins that became airborne through the Rocky Flats power plant.  Their assumption is that the developers are specifically trying to target out-of-state buyers who do not have any insight about the history of Rocky Flats and that they would most likely get captured by the attractiveness of the area and its amenities.

Furthermore, they also note how the website does not indicate anything relating to Rocky Flats or the possible health risks that comes along with it. According to them, many homeowners in the nearby town of Superior, which is located in the northern border of the Rocky Flats Wildlife Refuge area, were disappointed when they were informed that they were living just so close to a nuclear power plant that was known to have the costliest environmental cleanup in American history. Likewise, Arvadans were shocked by the fact that there is no specific requirement to inform or warn potential house -buyers about the health risks or the history of the living area.

According to Arvada community advocates " the Candelas community is uniquely the only planned community to share property lines with the former Rocky Flats Plant". Their main concern is that the water system in Candelas community has a high risk for future groundwater and airborne contamination due to its close proximity to the power plant. The advocates strongly encourage new home buyers in Aravada to be more aware of the possible plutonium contamination from plutonium and other toxic material and do more research before making any decisions. 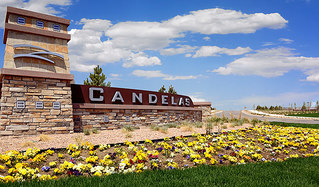 On March 8, 2013, a soil analysis screening radiation levels was conducted on the land which is now known as Candelas housing structures in order to address the concerns about the living situations here on this piece of land. This analysis was done by the CTL Thompson Inc. and was reviewed by an environmental staff scientist as well as the environmental department manager. The Candelas home-builders took the necessary precautions to ensure that living in this land was safe due to the history of the area, where the Rocky Flats nuclear weapons plant used to be near. Before stating what the analysis results about the soil was, listed below is some general background knowledge about radiation levels. 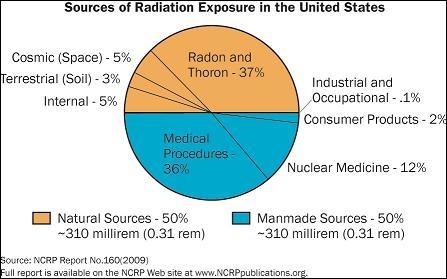 There are radioactive materials which occur in nature such as radium, uranium, thorium, potassium, and their products they form when they decay. This naturally occurring radiation comes from outer space, the ground, as well as within our bodies. It is always present. This always present radiation is referred to as the Earth's "background levels" of radiation. Varying locations have varying background levels and it is not uniform across all land due to the difference in geological factors. For example, Colorado has higher levels of background radiation compared to those living on the coast due to the altitudes as well as the increase in radiation in the ground from uranium.

When cells are exposed to these low levels of radiation, it does not have a major effect on one's body. Cells repair themselves or replace themselves. If they repair themselves incorrectly, this could lead to a change in one's body, however, drastic changes such as cancer caused by radiation exposure has been linked with those who receive high levels of exposure. Since background levels of radiation are considered low levels, they are also considered safe since it is a natural occurrence.
In the soil analysis report, it was found that the land was appropriate for residential developmental use. The Department of Energy also took part in ensuring that this land was safe to build on. They analyzed the soil and ground water half a mile to a 2-mile distance from the site, where they found that the radiation levels of the samples "were found to not exceed background levels." Due to this finding, the concerns of the residents have been addressed in a way that Candelas home-builders found fit.