Progression of the Opening of Rocky Flats Wildlife Refuge in 2018

The Refuge's anticipated 2018 opening is highly noted by the Colorado National Wildlife Refuge. The Wildlife Refuge, according to the National Wildlife Refuge System, is planning to create visitor facilities for its observers, including building parking areas, multiple trails, and buildings for the purpose of both wildlife observation and photography. For the sole purpose of educating the visitors of the Refuge on the environment, the proposed multi-use buildings will include exhibits regarding history of Rocky Flats as well as the unique habitat and wildlife which roam and grow on the Refuge. As a project supported by the U.S. Fish and Wildlife Service and Department of Energy (DOE), the Refuge will also have a variety of programs and activities for its visitors in order to engage visitors on the environment. This includes nature programs, guided tours, and hikes throughout the Refuge. Even today, the staff leads nature hikes once a month for its visitors [1]. 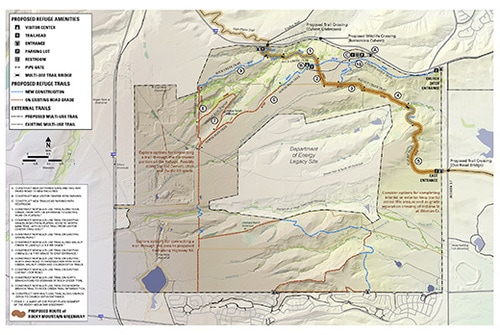 https://www.fws.gov/nwrs/threecolumn.aspx?id=2147589079
"It is anticipated that construction of visitor facilities will begin this winter. Once the infrastructure is in place, Refuge staff hopes to open the Refuge to visitors in Summer 2018." - U.S. Fish and Wildlife Service [1]

Continued Opposition of the Refuge Opening 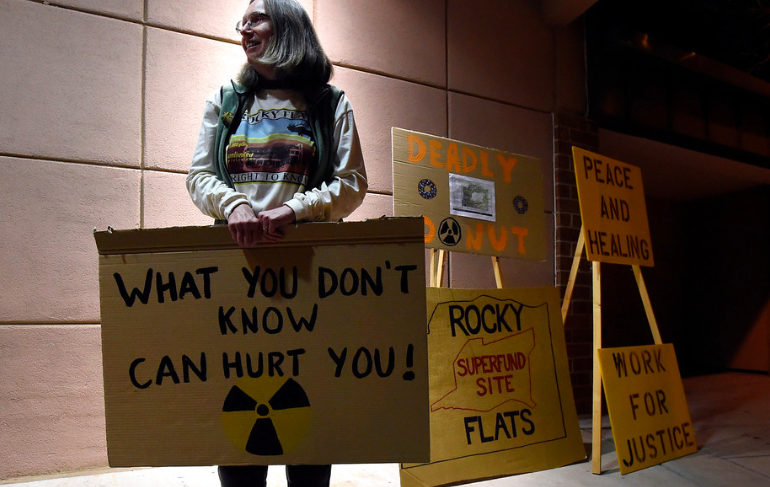 http://mediacenter.dailycamera.com/2017/02/22/photos-rocky-flats-refuge-informative-session-with-u-s-fish-and-wildlife-service/#1
As the Refuge continues to move forward to its opening in summer 2018, critics and claims makers are working harder to display their opposition with the National Wildlife Refuge. Many of the critics believe that allowing citizens of Colorado to roam the site, which had a plethora of dark history as the Rocky Flats Site, continues to have dangerous effects that can do more damage than good for its people.

LeRoy Moore, consultant to Boulder’s Rocky Mountain Peace and Justice Center, continues his opposition of the Rocky Flats National Wildlife Refuge and believes that exposing humans to the harmful site is both unnecessary and hazardous. Plutonium-239, with a half-life of 24,110 years, was processed and used at the Rocky Flats Site back during the Rocky Flats Era dating back from 1952. As a nuclear weapons production site, its use of harmful chemicals evidently leads to its FBI raid in 1989, in which the operations were shut down by the US FBI for its unethical safety concerns for both occupational health and the environment. This same Rocky Flats Site, which is comprised of almost four thousand acres, is now known as the Refuge- a proposed 12.8 mile hiking trail for nature-enthusiast in Colorado [1,2]. However, claims makers believe that this progression with the opening of the Refuge only becomes risky.

The Refuge is advertised to be a beautiful hiking trail destination for its visitors, but it is important to note the history in which the Refuge used to sit on. Because plutonium has a half-life of over twenty-four thousand years, many believe that there is still contaminated soil that becomes harmful for human exposure. Many believe that the site should only be kept for the animals and wildlife, and that it should never open to the public. Critics are currently demanding for evidence and research regarding soil sampling at the Refuge in order to be convinced that the site is safe enough to open to the citizens of Colorado. 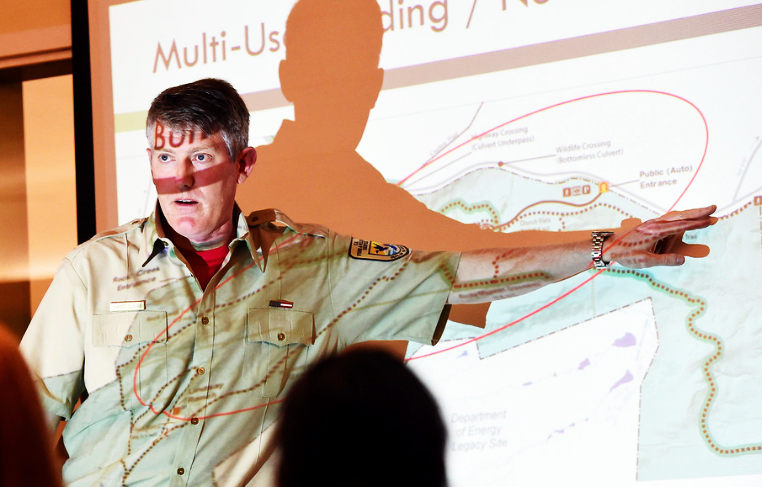 http://mediacenter.dailycamera.com/2017/02/22/photos-rocky-flats-refuge-informative-session-with-u-s-fish-and-wildlife-service/#2
"If we did not believe it was safe, we would not be opening it up." - Lucas, Refuge Manager with the U.S. Fish and Wildlife Service
​Nevertheless, the Department of Energy, the Colorado Department of Public Health and Environment, and the Environmental Protection Agency have all stated that the refuge is safe to open to the public. Even in 2005, when the completion of Fish & Wildlife Comprehensive Conservation Plan for the Refuge site was done, there was anticipated plans to open the once nuclear production to the public. In 1992, the Rocky Flats production was terminated by the FBI, which then led to a $7 billion cleanup, in which the U.S Department of Energy extracted an approximate of half a million cubic meters of atomic waste. The cleanup was also aimed to decontaminate the site of nuclear and radioactive material and demolish buildings that included the production of plutonium. On February 22, 2017, Rocky Flats Wildlife Refuge Manager, David Lucas, presented to group of apprehensive citizens regarding the safety and health concerns of the opening of the Refuge [1, 2]. He believed that the site is not only safe for the people, but that it will be expected to open in spring-summer of 2018.

This video of the Rocky Flats Wildlife Refuge Sharing Session #1 on October 6th, 2016, shows the growing concerns of the public regarding the opening of the Refuge in 2018. The public requests for soil sampling for proof and evidence, as they strongly believe that the Refuge is not safe for the public, including children [3]. 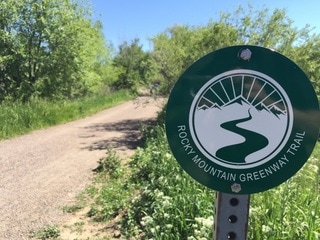 http://media.thedenverchannel.com/photo/ 2016/06/04/GREENWAY%20TRAIL_14650724 05836_39616200_ver1.0_320_240.jpg
An open space planner for Jefferson County, Andrew Valdez requested a FLAP grant in order to fund for the upcoming Rocky Mountain Greenway crossings. They plan on using federal dollars to help collect money for the opening of the new refuge site. Both Boulder and Jefferson (Boulder, Broomfield, Arvada, and Westminster) countries participated in this alliance, but Superior decided not to take part [1].

Valadez argued that they asked for $6.5 million dollars worth of fund to be invested in the development of the wildlife, but was only granted $2.84 million due to eligibility. Therefore, they will use the amount of funds awarded to split up the contributions. Valadez claimed that the committee “shortlisted” the Flats-area and stated that there is a letter that will guarantee more grant in the near future. The grant demanded for at least 17.3% match from the local communities, including the balance cost to be improved by the U.S. Department of Transportation. This requirement proposed that six of the government who took part of this project will be responsible for approximately $81,000 each. According to Valadez, the grant committee for this project will make a decision regarding the funding eligibility of potential crossing points for the Greenway trail. The three crossing points for this trail will be between two east side of Indiana Street and one on the northern perimeter of the High Plains and Coalton trails [1]. Once again, the sample of the soil where the crossing points are will be tested for contaminants.

A policy analyst for Boulder County, Megan Davis suggested that the commissioners have not taken an official position regarding the opening of the refuge. But we do know that they want to make sure everything is done safely. Davis also stressed the significance of soil sampling to ensure that human safety standards are met. Boulder Country is dedicated to working with regulators to certify that they are following the protocols to secure public safety [1]. Due to the history of what has happened at Rocky Flats, Boulder Country will make a priority to monitor and address public safety concerns for now and the future of any activities at Rocky Flats. 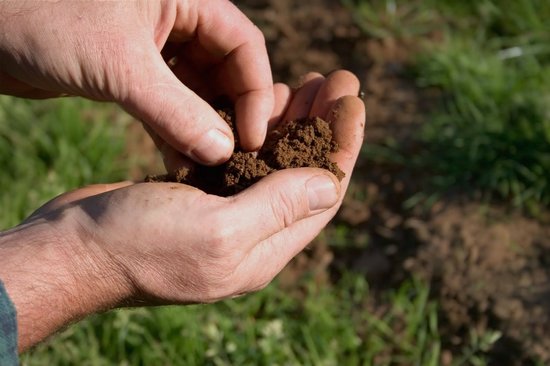 http://www.tomfarrellinstitute.org/uploads/2/3/7/3/23738054/2850051_orig.jpg
Advocates of the Rocky Flats still hold high concerns for the safety of the soil. They are afraid that the soil may pose a threat due to possible latent contaminants. Those who attended the meeting in Broomfield fear that contaminants in the soil will disarrange through construction and possibly be distributed by the weather, such as rain and wind [1].
​
A meeting facilitator, including Lucas himself announced that the focus for Rocky Flats will be centered on risk management and safety. But many people who attended the meeting was still very worried about this subject. Although public safety is a main focal point, there still continues to be opposition of the refuge opening. Two people who sat through the whole meeting with a “no safe for wildlife” sign argued that “there should not be any visitors” on site and it “should not be open to the public [1].” Even though it is made clear during the meeting that Rocky Flats will be open to the public for variety of reasons Spring of 2018, protesters are still voicing their opinion. In doing so, they had to be extra cautious of security and avoid not being escorted from the room. In addition, other protesters also believe that the refuge site should not be expose to the general public. But due to the fact that the opening of the refuge is already settled, protesters would like a warning in advance to protect their health.

​By the end of the meeting, Lucas acknowledged that the history of Rocky Flats will most likely cause the topic of debate to be controversial for the upcoming years. He declared that Rocky Flats is “unique and has a dynamic story,” in which he will be “excited to construct a building where we can tell this story and have a discussion [1].”
References:
[1] Brennan, Charlie. "Rocky Flats Wildlife Refuge Could See 2018 Debut — despite Controversy." Boulder Daily Camera. Boulder County News, 25 Feb. 2017. Web. 20 Mar. 2017.
[2] Major Concerns over Opening Rocky Flats Nuclear Weapons Site to the Public. Dir. Jeff Give. YouTube. YouTube, 08 Oct. 2016. Web. 20 Mar. 2017.
[3] "Refuge Opening Planned for Summer 2018." Rocky Flats National Wildlife Refuge. U.S. Fish and Wildlife Service, 2017. Web. 20 Mar. 2017.