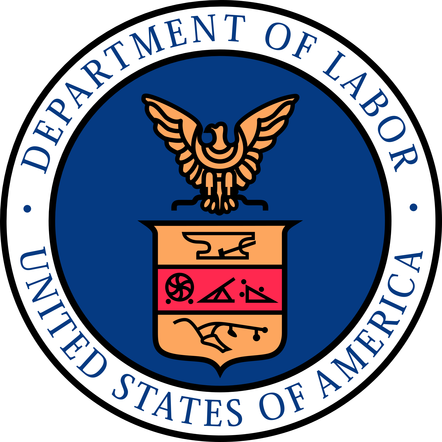 https://upload.wikimedia.org/wikipedia/commons/thumb/0/07/USDOL_Seal_circa_2015.svg/2000px-USDOL_Seal_circa_2015.svg.png
In October 2000, the Energy Employees Occupational Illness Compensation Program Act (EEOICPA) was created by Congress to compensate current and or former nuclear workers and their survivors for any occupational illnesses that were concurrent to the toxic chemicals and exposures at the Department of Energy (DOE) sites (1). This federal program’s mandate is to award compensation and ultimately protect the interests of the affected workers and families who suffered the unique hazards the former workers faced at the DOE sites. With this Act, Congress fully recognizes that a plethora of Cold War nuclear workers were unknowingly contaminated with harmful and deadly carcinogens such as beryllium, plutonium, and uranium (2). Those who became ill from the US nuclear weapons industry, along with the surviving families are provided payments of benefits, including medical benefits for the approved radiogenic cancers and diseases. Any nuclear worker or family member who were affected by the unique hazards of the nuclear environment and workplaces are able to file a claim for compensation and benefits (4). It is the Department of Labor’s duty to protect and cater to the interest of nuclear workers and families who were affected by occupational illnesses, and to promptly compensate those in a timely, appropriate manner. While the Department of Labor (DOL), Department of Energy (DOE), Department of Justice (DOJ), and the Department of Health and Human Services all collaborate together grant former workers of compensation and benefit benefits, the DOL has the primary role in processing the EEOICPA. This includes compensating and granting benefits to nuclear workers and survivors at the Rocky Flats Site (4).

Part B and Part E of EEOICPA

Part B
The EEOICPA is separated into two benefit programs: Part B and E. Part B provides “eligible employees or survivors with lump-sum compensation up to $150,000, and pays medical expenses for accepted conditions. Part B also provides for payment of medical benefits and a smaller lump-sum amount of $50,000 to individuals who were determined to be eligible for compensation under Section 5 of the Radiation Exposure Compensation Act (RECA).” (3)

These diseases and illnesses include radiation induced cancers, beryllium disease or silicosis. The National Institute for Occupational Safety and Health (NIOSH) has primary responsibility for dose reconstruction for a claimant (2). This estimates the radiation exposure of a nuclear worker, but if there is not enough evidence to calculate the amount of radiation a worker was exposed to, the Special Exposure Cohort allows workers suffering with a qualified cancer can be compensated without undergoing the dosage reconstruction process. The DOL then has complete and final compensation determination and administration (1).

Part E
Part E provides “provides eligible employees or survivors with compensation payments up to a maximum amount of $250,000, plus medical expenses for accepted conditions. The amount of benefits paid up to the $250,000 is based on the level of impairment and/or years of qualifying wage loss related to the covered illness.”

​Workers who suffer all other occupational illnesses caused by any harmful, toxic chemical or substance will be awarded under Part E . Claimants who are approved under this Part will receive a lump sum of $250,000 of loss of wages and impairment and will obtain additional medical benefits.
https://www.youtube.com/watch?v=Z5fwf4lPqAY

http://www.asbestosdiseaseawareness.org/wp-content/uploads/2014/03/NIOSH-Logo-01.jpg
Under Part B of the EEOICPA, the Department of Labor (DOL) is to determine whether the worker’s occupational illness is caused and linked by the radiation exposure at the site. The DOL sends the cases to NIOSH, a group of expert staff consisting of scientists and researchers, which have the responsibility of calculating the dosage reconstruction using the scientific method. NIOSH retrieves information from workers and work site records and data in order to consistently account for all radiation exposure (3). A NIOSH Health Physicist properly conducts the dose reconstruction to estimate the value of radiation exposure the nuclear worker faced. NIOSH then sends the dosage reconstruction of the claim to the DOL, who ultimately had the final determination for the compensation benefit approval. Affected workers do not have to go through dosage reconstruction under the Special Exposure Cohort (SEC) if they suffer one of the 22 specified, approved cancers and if they worked at the specified dates. These dates for the Rocky Flats Plant Site include January 1, 1959 through December 31, 1966 and April 1, 1952 through December 31, 1983. (2)

In 2015, the Division of Energy Employees Occupational Illness Compensation (DEEOIC) established a new case management system structured in a different manner than the past system, which re-examines statistics shown on the web page. For the past few months, the statistics are in the process of reconstructing. Non-covered applications have been eliminated from the statistics and those tallies are currently included in the Final Decision total. In addition, it has been shown that there is no increase in the total counts. Instead of two separate counts, denials are now displayed in one single category. In the past, medical bill payments were assigned to each state, where survivors of the case resided. This factor resulted in an overstatement of the total medical bill payments. The state medical totals will convey a reduction from previously reported amounts even though the National page was not affected by the change (1).

The statistics are viewable for each state by the “Statistics by Worksite” report. In order to view a specific worksite, the worksite location by state must be known.

How does the state or worksite function?

Summing up the quantity of worksite within a state will not produce the entire equal to the numbers reported by “Statistics by State.” These statistics are build on the claimant’s reported mailing address during the time of the filing claim. Whereas, the “Statistics by Worksite” are found on reported employment. Summing up the total for each worksite will also produce the compile amount that exceeds the total numbers shown on the “Program Statistics.” Employment reports by claimants are filed for more than one worksite. Because there is no specific “primary” worksite, the count under each of the worksites is reported as is (1).

EEOICPA as Public Law – The Public Health and Welfare 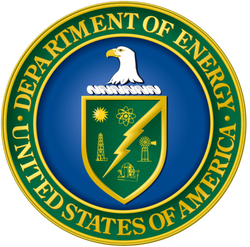 After World War II, the government have claimed that federal nuclear activities, such as the Rocky Flats incident is identified as an interest under ultra-hazardous. Any nuclear weapons creation and testing are consisted to be unique dangers if insurance carriers do not cover accidents that occur. Department of Energy’s policy has taken its claim to court on the topic of occupational illness, which deterred workers from submitting a workers’ compensation claim. Therefore, imposing some significant financial burdens for employees who seek out for their compensation due to nuclear accidents. For more than 20 years, scientific investigations have indicate that some employees’ diseases and increased risk of cancer are resulted in their outcome with experiencing in nuclear activities. Existing information indicates that State workers’ compensation programs do not support consistent means of securing enough compensating for these types of occupational diseases and illnesses relating to employees at sites. To secure equity and fairness, employees who are 50 years and older have engaged in duties uniquely relating to nuclear weapons production or testing programs regarding the Department of Energy, should receive efficient and adequate compensation for their health related conditions from radiation (1).
Specific Details of the Establishment of Compensation Program and Fund:
https://www.dol.gov/owcp/energy/regs/compliance/law/EEOICPAALL.htm
Federal Register Notices: List of Facilities Covered by Energy Employees Occupational Illness Compensation Program Act of 2000
https://www.dol.gov/owcp/energy/regs/compliance/law/DOEFederal_register_notices.htm 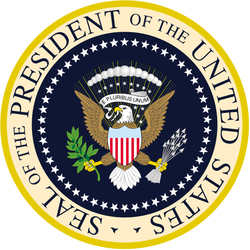 Hundreds of thousands of Americans serve their Nation in building nuclear defense, while thousands of these workers become disabled or develop fatal illnesses as a result to exposure of ionizing radiation and other hazards unique to nuclear weapons production. Most of the time, these nuclear weapons workers were not informed, protected, or alerted about the occupational hazards which they were exposed to. Existing workers’ compensation programs neglect to supply the need of these workers, including their families. Due to the long period of wait, the uniqueness of hazards to which the nuclear workers were exposed to, many people were unable to receive State workers’ compensation benefits. This issue was aggravated by the past policy of the Department of Energy (DOE). Unfortunately, the claims of workers who wanted to obtain those benefits were opposed. However, just recently, this policy has been reversed. These nuclear workers earn the right to receive recognition and compensation for their sacrifices even though the nation cannot fully repay the workers and their families all the cost. The Federal government should underpin all required and necessary information to help employees of the DOE if workers’ illnesses are linked with conditions of nuclear weapons related work. Workers and their survivors should be able to access all the available information in regards to processing or evaluating the claims. The program should reduce the administrative burden on workers, with respect to their privacy and dignity. The executive order 13179 lays out the guideline to accomplish these milestones, constructing the framework in the Energy Employees Occupational Illness Compensation Program Act of 2000. The Health and Human Services, Department of Labor, and Energy all take part of implementing the actions under this act to repay these workers and their families in a timely, equitable manner with the assistance of other Federal agencies (1). ​

The DEEOIC made the most important resolution and orders of the Final Adjudication Branch (FAB) on request looking for benefits under the EEOPICA. Within DEEOIC, FAB is considered a separate branch, which holds control over issuing final agency decisions upon claims. In order to propose a claimant’s right to EEOPICA benefits, there demands a two-step decisional process. To start off, at least one of the four district offices must subject a recommended decision for a claim. Next, the district office recommends it to FAB, where a hearing is conducted, and final decision on the claim is made (1).
Division of Energy Employees Occupational Illness Compensation: Decisions and Orders
https://www.dol.gov/owcp/energy/regs/compliance/Decisions/finalfabdecs.htm
Common Law Marriage Handbook:
Works Cited4.        "NIOSH Dose Reconstruction." Centers for Disease Control and Prevention. Centers for Disease Control and Prevention, 24 Feb. 2016. Web. 01 June 2016.
5.    “Workers’ Compensation Program.” U.S. Department of the Interior. N.p. 31 May 2015. Web. 01 June 2016.